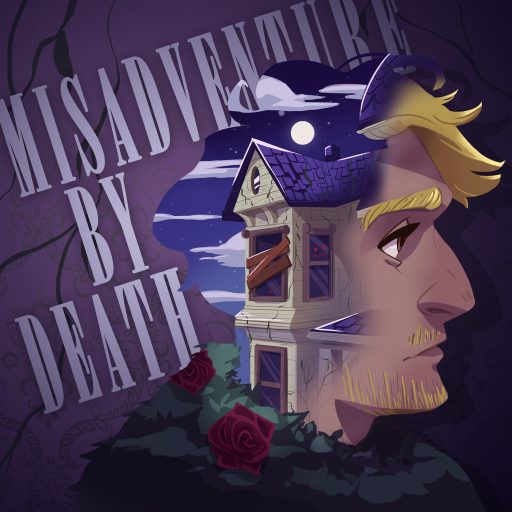 In which we test the strength of our mettle. Featuring unrealistic healthcare standards and a blast from the past.

This episode’s script can be found here:

Misadventure by Death is a monthly podcast.

Paul Sating of Subject: Found and Who Killed Julie?

Jesse Hall of Tales of Thattown

Alexander Danner of Greater Boston and What’s the Frequency

Armed with nothing but his trusty recorder and a few dozen flashlights, Neil Hastbury-Rue takes up the mantle of groundskeeper at the definitely haunted, recently opened Harrison Shaw Manor Museum in the middle of the Virginian Appalachian mountains. Easy-peasy…right? Perhaps not. As Neil attempts to settle into his new home, he finds himself having to combat supernatural shenanigans, a few less than savory fellow staff members, and good old Southern charm. What could possibly go wrong?

For more information, please visit our Twitter our Tumblr, and be sure to check out the other shows over at Crossroad Stations!

Jim Robbie and the Wanderers

A troupe of musicians are traveling a surreal post-apocalyptic America with their robot companion Jim Robbie, entertaining and sticking the noses where they dont belong.

A radio frequency from another universe. Consider your surrender today.

A story of self-discovery, overcoming trauma, and a journey lit by a lantern with a glowing flower.