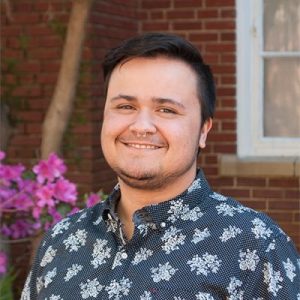 Jake is a native Floridian who tripped and fell his way into podcasting as a fledgling voice actor in Jim Robbie and the Wanderers, recording lines in a hot, cramped closet in 2015. Since then, he’s co-written multiple episodes of JRatW, graduated to a larger, better ventilated closet, and taken on roles for a variety of audio dramas like Greater Boston, What’s the Frequency, Tides, and Otherverse. Most recently, he has been working on his own audio drama production, Misadventure by Death. 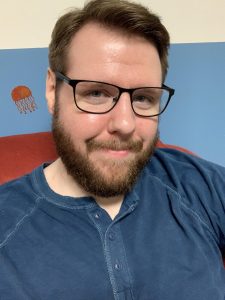 Jack is a writer, voice actor and audio drama podcaster for Crossroad Stations. Aside being the voice of Neil, he is one of the co-writers and an assistant producer of Jim Robbie and the Wanderers, the voice of the Civilian in Otherverse, and the writer, director, and the voice of Shiloh in Forest Guide. He graduated from the University of North Carolina at Pembroke with a BA in English. He has won an Audio Verse Award for writing, and lost an acting award to one of the cast members of Hamilton. He can also be heard in other audio drama series such as Mythos, Zoo, Greater Boston, Minefire, Tides, and What’s the Frequency?

Jim Robbie and the Wanderers

A troupe of musicians are traveling a surreal post-apocalyptic America with their robot companion Jim Robbie, entertaining and sticking the noses where they dont belong.

A radio frequency from another universe. Consider your surrender today.

A story of self-discovery, overcoming trauma, and a journey lit by a lantern with a glowing flower.